If you have installed window film to the windows of your house in 2012, or planning to do so in 2013, you might be eligible for tax credits. The Fiscal Cliff has lead to a 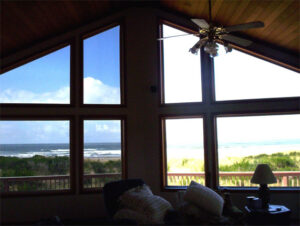 provision by the Legislation which has created a tax credit for window film installed in residential structures.

The new policy is retroactive to January 1 ,2012 and expires December 31, 2013, the qualifying credit is 10% of the film cost with a maximum total credit of $500. The tax credit directly reduces your income tax, which reduces the amount of income subject to tax unlike a deduction. The credit then directly increases the tax refund you receive or decreases the amount you have to pay and nobody like to pay.

“Window film itself, when applied to the residential windows, can save the homeowner as much as 20% per year or more on electric bills. It is a great investment for the homeowner with a great return. With this new legislation, homeowners have a great incentive to take advantage of the benefits of the window film”, says Donnie Greenberg, owner of Light and Bright Window Tinting operating in South Florida since 1979.

Residential homeowners can receive a 10% credit on the costs of window film, up to $500 but the installation charges do not apply. Since most of the window film companies, including Light and Bright Window Tinting located in Weston, do not separate the labor from material cost, you will need to ask your installer for the break down, and it’s usually around 33% of you bill.

It is important to maintain copies of the dealer invoice and the manufacturer’s certification statement for your records. Complete the IRS form 5695 and file it with your income tax return and the forms are downloadable at www.energystar.gov which also has other energy incentives as well.

We encourage you to take advantage of these savings and for more information on window tinting services and benefits click on Tax Credit for Window Film.